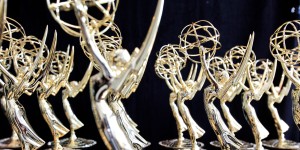 It’s time once again for the Emmy Awards! While I don’t always agree with the nominations, I do always have fun watching the show. It’s a great way to celebrate some of the best achievements in television, and this was a fantastic year to celebrate.

Watching the show is even more fun when you can make your own picks and play along! So here are my choices for who I think will win each award and who I hope will win, too. Don’t forget to share your picks in the comments, and I’ll be live tweeting the evening’s festivities (from my comfy couch, of course) over at the NGN Twitter account starting around 6 p.m.

Outstanding Drama Series
My Pick: Mad Men
My Wish: Orange Is the New Black
My Thoughts: This feels like one of the most open categories of the night in terms of which show will win, but my gut says Mad Men’s impact on the television landscape will be honored with an Emmy for its final season. (My gut really says this award belongs to The Americans, but Emmy voters don’t care about my gut, apparently.) However, I would love to see the rise of complex, diverse female characters on television highlighted with an Orange Is the New Black win.

Outstanding Comedy Series:
My Pick and My Wish: Parks and Recreation
My Thoughts: I can’t pick against Parks and Rec when it’s my last chance to pick it…I just can’t. I wrote an entire post earlier this week about why this show is so deserving of this award, so I’ll sum up those feelings by saying sometimes nice people finish first, and I want to see that happen on Sunday night.

Outstanding Lead Actor in a Drama Series
My Pick and My Wish: Jon Hamm (Mad Men)
My Thoughts: Like Parks and Rec (and its leading lady who I’ll talk about later on in this post), this is Hamm’s last chance to be honored for a role that’s been such a huge part of the television landscape for so many years. Don Draper has been an important figure in this new Golden Age of television, and I think the man who brought him to life will finally get his recognition for that.

Outstanding Lead Actress in a Drama Series
My Pick: Taraji P. Henson (Empire)
My Wish: Tatiana Maslany (Orphan Black)
My Thoughts: This is a stacked category, and it doesn’t even include my personal pick for Outstanding Lead Actress in a Drama: Keri Russell from The Americans. As much as I really want Maslany to get the recognition she deserves for playing so many roles and for playing them all with such depth and conviction, I think this is Cookie’s world and we’re all just living in it, which means this is Henson’s award to lose.

Outstanding Lead Actor in a Comedy Series
My Pick and My Wish: Jeffrey Tambor (Transparent)
My Thoughts: Tambor turned in the kind of work that truly separates him from the pack. I don’t have much to say about this pick because it seems like one of the most certain victories of the night. (So naturally, I’ll be wrong, and Matt LeBlanc will win.)

Outstanding Lead Actress in a Comedy Series
My Pick and My Wish: Amy Poehler (Parks and Recreation)
My Thoughts: I think Poehler has a much better chance to win than the show itself, and I haven’t pulled this hard for an actor to win at the Emmys since the days of Jennifer Garner and Alias. This is Emmy voters’ last chance to award a woman who didn’t just play a part on television; she created a role that I think will be long remembered for its positive impact on the television landscape. Poehler has been nominated so many times, and it’s a crime that she hasn’t won for any of her work yet. She’s one of the leading ladies of comedy and has been for years, and it’s well past time for her to be honored for her amazing body of work and especially for her heartfelt work on Parks and Rec‘s last season.

Outstanding Supporting Actress in a Drama Series
My Pick: Lena Headey (Game of Thrones)
My Wish: Christine Baranski (The Good Wife)
My Thoughts: My thoughts on this category are very similar to mine on the previous one. I think Game of Thrones is going to win at least one major award, and I think Headey’s work this season is worthy of being the show’s representative in the winner’s circle tonight. And she’s been so good in this role for so long now that I won’t be heartbroken at all if she wins. But I can never root against my fellow Buffalo girl, Christine Baranski. Diane was my favorite part of this season of The Good Wife, and I’d love to see Baranski finally get the recognition she deserves for such an underrated role.

Outstanding Supporting Actor in a Comedy Series
My Pick: Keegan Michael-Key (Key & Peele)
My Wish: Andre Braugher (Brooklyn Nine-Nine)
My Thoughts: While I think Braugher has a fairly decent shot to win for turning in one of the best comedic performances on television once again this season, I think this is Keegan Michael-Key’s moment. He’s got all the buzz on his side, and this could be a case where a summer in the spotlight translates into Emmy votes. Also, I certainly would not mind another chance to see him front and center in a tuxedo after finishing up Playing House.

Outstanding Supporting Actress in a Comedy Series
My Pick: Allison Janney (Mom)
My Wish: Kate McKinnon (Saturday Night Live)
My Thoughts: I can never pick against Janney—especially at the Emmys. And while I don’t watch Mom, I’ve heard from trusted sources that the work she did this season was something special. But in terms of performances I did see, McKinnon has become one of the only reasons I keep watching Saturday Night Live. Whether she’s playing Justin Bieber, Hillary Clinton, or any of her hilarious original characters, she owns the screen every time she’s on it. A win for her would be a win for the strength of SNL’s leading ladies, and I’m always ready to support them.

Outstanding Variety Sketch Series
My Pick and My Wish: Inside Amy Schumer
My Thoughts: This was the Year of Amy Schumer, and I don’t think anything is going to derail her momentum now (though Key & Peele could pull off the upset). If I wasn’t pulling for Amy Poehler so hard, I would say Schumer’s probably going to take home the Comedic Actress Emmy. Instead, I’ll just say she’s definitely taking home this award.

Outstanding Reality-Competition Series
My Pick: The Voice
My Wish: Dancing with the Stars
My Thoughts: The Emmys like to go with what they know in this category, so I think The Voice will continue this new dynasty it seems to have started. But my heart always hopes for a win for the dancers in this category. And this year was a strong year for Dancing with the Stars. It featured some great choreography, emotional moments, and plenty of fun—which is what I look for when I’m choosing reality TV shows to watch.

Outstanding Variety Talk Series
My Pick: The Late Show with David Letterman
My Wish: The Daily Show with Jon Stewart
My Thoughts: The sentiment is strong in this category. It’s rare to have a category where so many of the shows had final seasons this year, but out of all of them, I think Letterman’s legacy will come out on top. My heart is with Jon Stewart, though, because his show got me through college political science classes and late nights spent writing papers. And when he got serious and emotional, I’m not sure anybody on television could deliver a more powerful monologue.

There you have it—my picks for this year’s major Emmys! Who do you want to win, and who do you think will win? Let us know in the comments!