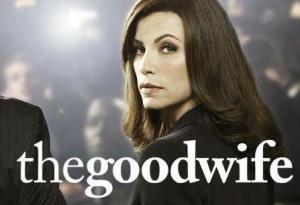 Once again, The Good Wife topped my list of the year’s best TV shows.

Happy New Year’s Eve, everyone (or Happy New Year depending on your time zone and when you’re reading this post)! For my last installment of NGN’s Best of 2014 series, I want to take a look at the best TV shows of the year. If you’re interested in reading a list from someone who has an even more comprehensive grasp of the current TV landscape than I do, I strongly suggest checking out Heather’s list. And, as always, I hope you leave your picks in the comments, so we can talk about what a great year this was for television.

From dramas that made me weep to comedies that warmed my heart and everything in between, here are my picks for the very best the world of television had to offer in 2014.

1. The Good Wife
The Good Wife is a show that has mastered the art of reinvention, emerging from each huge shift in its plot as a stronger and more compelling show. This year, it took a big risk and used the departure of Josh Charles, one of its lead actors, to create one of the most realistically devastating examinations of the grieving process I’ve ever seen on television. It created a story arc that allowed the audience to mourn a sudden, shocking departure along with the characters, and I think the show has never been better than it was in those episodes immediately following Will’s death. And this season has upped the tension in a remarkable way with Cary’s impending jail sentence, once again effortlessly shifting the show into new territory. With each new chapter, The Good Wife is buoyed by some of the strongest writing and one of the most brilliant casts on television. I challenge anyone who believes there are no good network dramas anymore to watch The Good Wife and still hold that assumption.

2. The Mindy Project
Television is becoming the place where the best romantic comedies are found, and leading the charge in that movement is The Mindy Project. This was the year this show found its voice, giving more depth not just to Danny but also to Mindy, allowing Mindy Kaling to show her range as an actress alongside Chis Messina. And by giving these characters room to grow, the show created one of the most entertaining, funny, and heartwarming couples on television. Romance isn’t dead; it lives and breathes and makes me laugh and cry every Tuesday night on FOX.

3. Brooklyn Nine-Nine
This show has become my happy place. It makes me laugh harder than probably any other show on television right now, and that’s not even my favorite thing about it. It’s only in its second season, and already Brooklyn Nine-Nine has richer characters and more compelling relationships between them than most other comedies on television. Yes, the budding romance between Jake and Amy is adorable, but this show remembers what so many seem to forget: Life is about more than just romance. The friendships on this show (most notably the one between Jake and Rosa) are wonderful, and I could watch every possible combination of members of this cast interact, which is great because this show excels at pairing different characters together in fun situations. And no mention of this show is complete without stating that Andre Braugher keeps getting better and better, and if you’re not watching his work as Captain Holt, you’re missing out.

4. Orphan Black
This was another thrill-a-minute year for Orphan Black that went even deeper into the show’s themes of female agency, science versus religion, and reproductive rights. All of those themes were packaged alongside huge moments of character development for clones like Sarah, Cosima, and Helena, as well as plenty of dark comedy from everyone’s favorite couple, Donnie and Alison. Tatiana Maslany turned in another year of excellent performances, creating moments that haunted me (Helena hugging a chained-up Sarah), moved me (Sarah’s tearful reactions to Dyad’s invasive questions about her body and the choices she’s made with it), and even made me smile (Cosima and Helena complimenting each other’s “hairs”). Throw in one heck of a cliffhanger ending, and you have all the makings of another great year for one of the most compelling shows on television.

5. Once Upon a Time
I was extremely skeptical about Once Upon a Time bringing Frozen into its mythology, but it turned out to be one of the best things to ever happen to this show. The casting for each role (especially the scene-stealing work Elizabeth Lail did as Anna) was perfect, but where the show really succeeded was in blending the Frozen story with the Snow Queen fairytale the movie was based on. That blending led to the casting of Elizabeth Mitchell as Ingrid, the Snow Queen, and her nuanced work brought out the best in what is one television’s most underrated ensembles. This was a great year for the women of Once Upon a Time, with both Emma and Regina developing as characters like never before, as the show further explored the inspiring ideas that strength can come from vulnerability and character growth can come from choosing happiness and love.

6. Suits
This was the year Suits got “Litt up” and got its groove back in the process. Featuring career-defining work from Rick Hoffman, Louis’s character arc this year was the stuff great TV is made of. By focusing on the show’s most emotionally-driven character, Suits had some of its most moving moments ever this year—from Donna telling Louis about her acting dreams to Louis telling Harvey that he doesn’t understand how someone so cold can be so loved. And all of it culminated in a season finale filled with the most dramatic confrontations I saw on television this year and an ending that has kept me waiting with bated breath for the show’s 2015 return.

7. Parks and Recreation
While this wasn’t the show’s strongest year, even an imperfect year of Parks and Rec can produce some amazing television. The year started with Leslie saying goodbye to Ann in one of the best single episodes of TV in 2014, and it ended with one of the best season finales I had the pleasure of watching. The way that finale took all of the disappointments and setbacks Leslie faced and used them to open a new, better door for her was simply perfect. While it didn’t seem like it at first, 2014 turned out to be a successful, wonderful year for Leslie Knope, and it also turned out to be a successful, wonderful year for Parks and Rec. Here’s hoping 2015 (or 2017, in the show’s timeline) will be the perfect final year for all of our friends from Pawnee.

8. Game of Thrones
Like Parks and Rec, 2014 wasn’t a perfect year for Game of Thrones. (I’ll never really let go of my anger over what they did to Jaime’s character.) However, where it was perfect was in its thematic cohesion. This was a season about parents and children—from Cersei and Joffrey to Tywin and Tyrion—and that theme allowed the show’s most interesting dynamics to have plenty of time in the spotlight. This was also a year that saw tremendous character growth for Jon Snow and Sansa Stark, two characters who many felt were in need of shading and depth. And 2014 was the year that gave us Pedro Pascal’s unforgettable turn as Oberyn Martell, a performance that lived up to the hype and created a character perhaps even more fascinating on the screen than he was on the page.

9. Castle
Castle found a good balance in 2014 between moments of high drama and moments of pure fun. There were Wild West episodes, a trip back in time to the 1970s, and a chance for Nathan Fillion to interact with little kids. However, also in 2014, Beckett was kidnapped and tortured, Castle disappeared, and Senator Bracken was finally brought to justice for murdering Beckett’s mother. That moment of closure for Beckett was one of the show’s most powerful moments in its seven years on the air. Finally, 2014 was also the year that saw Castle and Beckett tie the knot. The way this show balanced its lighter sides and its darkness in 2014 was impressive, and even more impressive was the way Castle and Beckett’s relationship continued to grow, mature, and deepen through all of it.

10. The People’s Couch
If you love television and don’t watch Bravo’s The People’s Couch, you need to change that immediately. The concept seems more than a little ridiculous: You watch other people watch TV. But it’s some of the most fun I have watching television in any given week. It makes me laugh, and it makes me feel less alone in my intense attachment and reactions to various TV shows and characters. I don’t know a single person who watched this show and wasn’t thoroughly entertained. If I could be on any television show, The People’s Couch might be my pick.