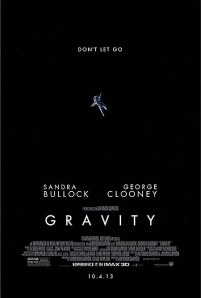 The Basics: Gravity is a story of survival in a world where life is factually impossible. After being detached from the space station she was working on as part of her first mission, NASA medical engineer Ryan Stone finds herself adrift in space, with a rapidly depleting supply of oxygen. Tethered to veteran astronaut Matt Kowalski, Stone must fight seemingly insurmountable external obstacles to get back to Earth, which mirrors her internal struggle to survive after the death of her young daughter. The way the themes of isolation, birth, death, and survival are developed and reflected in every moment of the film is nothing short of masterful. Technically, this film is like nothing that has ever been seen before, but the reason Gravity is so special—such a masterpiece—is that it never lets its technical achievements overshadow its emotional ones. Anchored by the best performance of Sandra Bullock’s career, this film is about so much more than the terrifying beauty of space; it’s about the struggle for a woman to survive in both a physical and emotional environment that would destroy most people.

M.V.P. (Most Valuable Performer): Sandra Bullock has been known as many things throughout her career—adorable, funny, sharp-tongued, relatable, and warm. But after seeing Gravity, I think the best word to describe her work as an actress is fearless. Her performance in Gravity is astoundingly brave in its vulnerability, its humanity, and its incredible mixture of strength and weakness. Ryan Stone feels like a real woman—not a superhero. For most of the film, she’s terrified, and Bullock makes that fear almost painfully palpable. We see so much of this film from Stone’s perspective; her voice is the only one we hear for most of it; her helmet is the one we see the chaos through. And in order for Gravity to succeed, the actress bringing Stone to life needed to be someone who could captivate audiences on her own for nearly the entire 91 minutes of the film’s runtime. Bullock is exactly that; she’s utterly captivating every moment she’s onscreen. Ryan Stone is a fascinating character, a woman whose strength manifests itself not in big moments of heroics but in choosing to live rather than give up, despite having every reason to want to die. We see Ryan as a hero because we are able to believe her at her lowest—in the quiet depths of her grief and the panicked extremes of her fear—and at her best. Her hero’s journey is a story of rebirth, and Bullock makes it resonate with an emotional intensity and honesty that should put her at the top of any Best Actress race this year.

Scene Stealer: From the very first moments of Gravity, I was in awe of its score. Steven Price’s work is unsettling from the start, and its hold on my emotions never let up. It made the hair on the back of my neck stand up, it made me hold my breath, and it even made me cry. Price’s score captures the grandeur and danger of space as brilliantly as it captures the grief and hope coexisting in Stone’s character. I don’t normally single out a film’s score as something worthy of intense praise, but this wasn’t any ordinary film—or any ordinary score, for that matter.

Bring the Tissues? I cried way more than I was expecting to during Gravity. Bullock’s fierce vulnerability has a way of getting under your skin and going straight to your heart. When she reveals how her daughter died, I started tearing up, but once she started talking to a man back on Earth (whom she reached while trying to unsuccessfully contact Houston), I started genuinely sobbing. Her loneliness—both in the vastness of empty space and in the grief-stricken life she lived back on Earth—moved me beyond anything else I’ve seen in a movie theater so far this year.

Most Memorable Scene: On a technical level, I’m not sure any scene in any of this year’s Oscar contenders will be more memorable than the opening minutes of Gravity. Filmed in one, unbroken shot, this scene builds spectacularly from awe-inspiring to terrifying. The way Cuarón captures the feeling of weightlessness is extraordinary; it puts you off balance just by watching the action unfold. And that’s all before the debris begins to rain down on Stone and Kowalski. In that moment, the strange serenity of space is turned into sheer panic, and the feelings it invokes are oppressive in their intensity. I felt like I was holding my breath through the entire sequence, and I know I was gripping my armrest with white knuckles. The direction, the sound mixing and editing, and Bullock’s performance all combined to create one of the most visceral experiences of panic I’ve ever felt while watching a movie. It was—at the risk of sounding hyperbolic—breathtaking.

Strengths: Gravity will remembered first and foremost for its technical achievements, and there’s a reason for that. It’s cinematography, sound editing and mixing, special effects, and direction were all some the best I’ve ever experienced. I’m not normally one to pay attention to those parts of a film—unless they’re outstanding or glaringly awful. That’s how I knew Gravity’s technical aspects lived up to the hype; they made me stand up and take notice of things I hardly ever pay special attention to when I’m in a movie theater.

My favorite thing about Gravity, however, wasn’t its look; it was its feel. This film had a spirit and a soul that surprised me. Thanks to Bullock’s incredible performance, Ryan Stone’s story of loss and survival became something so much more than a standard action movie/sci-fi thriller. It became a story about the isolation of grief and the struggle to find a reason to live when you feel as if you have nothing to fight for. It’s a story about the strength of mothers, and it’s a story about rebirth. (The “fetal position” scene in the space station has been referenced more times than I could keep track of at this point.) It’s a story of a woman who chooses to live when it would have been easier to die. It’s woman’s story—a mother’s story. Gravity is a female-driven film that doesn’t rely on romance, sex, or any warrior-woman tropes to bring in audiences. It treats its heroine like a human being; celebrating her role as a mother, a scientist, and a survivor. Gravity would have been a strong film even if it was just a drama about surviving in space. But what made it a great film was the way it used its setting to reflect the very human drama of surviving the loneliness of grief.

Weaknesses: I know some people were (and probably still are) frustrated with factual inaccuracies in Gravity depiction of survival in space, and I can respect their reservations about the film. However, I have to admit that I never thought about any of those things while watching it.

Final Verdict: Gravity was the best film I’ve seen so far this year. It was technically brilliant, emotionally resonant, and thematically astounding. I love when films surprise me, and Gravity did exactly that with its depth. Sandra Bullock should be at the top of the Best Actress race for this year’s award season, and the film itself deserves any and all accolades sent its way. Gravity is a brave film—a film that dared to put a woman alone onscreen for nearly 90 minutes, a film starring a woman that told a story of motherhood and survival rather than romance. It’s a groundbreaking film for more reasons than just its special effects and camera work, and it’s one of the most inspiring cinematic experiences I’ve had this year.

2 thoughts on “Nerdy Girl Goes to the Movies: Gravity”