Today at NGN, we welcome back the lovely Leah with her thoughts on the pilot of Once Upon a Time in Wonderland! 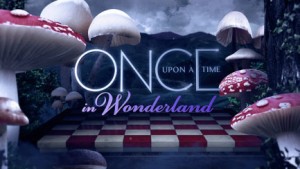 Title Down the Rabbit Hole

Watch It Live, DVR, or Skip It DVR

What Happened? In the pilot episode of Once Upon a Time in Wonderland, we are introduced to Alice, her situation in a Victorian-era world, and the main plot for the season: Alice’s journey to reunite with her love, Cyrus, while battling the Red Queen and Jafar.

Favorite Line “This is humiliating…I’m gonna die like a bloody s’more.” (The Knave of Hearts)

My Thoughts In my opinion, this was a solid—but not amazing—start for this Once Upon a Time spin-off. It properly introduced us to the main characters, and it set up the basic goal for Alice while she’s in Wonderland (finding Cyrus). I felt this pilot established Alice’s personality pretty well, and gave us a good explanation for why our Alice is so much older than the traditional Alice of Lewis Carroll’s tale: This Alice has been looking for proof of Wonderland to bring to her father for years and somehow just hasn’t quite succeeded. All her talk of the magic of Wonderland along with her multiple disappearances to the land make her father fear that she is losing her mind. He commits her to a psychiatric ward, which is where we find Alice.

For me, the love story between Cyrus and Alice was a tad boring. Their relationship bordered on saccharine at times to the point of annoyance, and that’s saying something, as I’m generally a fan of sappy romances. I think most of the reason I don’t care much about the love story so far is that I feel like we barely know Cyrus. He needs to be developed more into his own character and we need to see more of those two together in scenes that aren’t focused solely on their romance before I’ll really, truly be rooting for their love to succeed. I have faith that the show can make it happen, though, because the crew behind this spin-off has created some beautiful and complicated romances on the main show.

The aspect of the show that most interested me in this pilot was Alice’s friends, especially her relationship with the Knave of Hearts. To be completely honest, I found her banter-laden and complicated relationship with the Knave more interesting than her relationship with Cyrus. The Knave felt like a fully fleshed-out person and had hints at intriguing backstory throughout the episode. He’s also certainly loyal to Alice, but he isn’t going to blindly follow her anywhere. And he’s got a streak of selfishness with some recklessness in him that makes for a very interesting combination. I hope we’ll get to see and learn more about him as the show goes on.

While the pilot didn’t blow me away, I think it definitely has potential, and I’ll continue to see where the story goes as we get further into Alice’s journey.