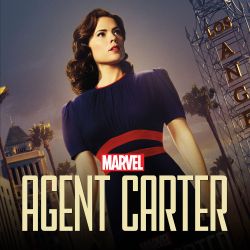 Choose your own path. Define yourself on your own terms. It’s okay if other people don’t understand you in the moment, because someday that path you chose will lead you to people who respect you for who you really are.

Throughout our lives, we’re presented with many crossroads. Sometimes we’re too scared to go down an unfamiliar path, so we stick to the well-traveled route. Sometimes other people around us steer us in the direction of one path or another. Sometimes one of the paths is closed to us because of factors beyond our control. But sometimes we bravely step onto a new path that we know in our hearts is meant for us. And that might mean leaving behind people who don’t want to follow us on that new journey. It might mean having people question why you would ever choose that road. But it might also mean finding new people along that path who are meant to walk beside you.

“Smoke & Mirrors” presented us with stories about two women walking down what seem to be two very different paths: Peggy Carter, who is openly walking on her own tradition-defying path, and Agnes Cully, who was forced to hide everything about herself—from her real name to her passion for science and engineering—until she snapped.

Although Peggy and Agnes (or Whitney Frost) couldn’t seem more different, there was an underlying similarity to their backstories that reflected a shared truth of female experience: There is a mold that who we are and the lives we live are supposed to fit into, and when they don’t fit, we often feel like we have to change ourselves to fit the mold instead of changing the mold to fit us. Both Peggy and Agnes were young girls who spent their days defying gender norms—slaying imaginary dragons and fixing electronics, respectively—without knowing they were doing anything groundbreaking; they were just doing what seemed fun to them. But, like so many young girls, expectations began to creep in: Be a lady. Be sweet. Smile. Get married. Be normal. Smile. Spend more time cultivating a beautiful face than a beautiful mind. Smile.

(Kudos to Agent Carter for accurately depicting how uncomfortable and frustrating it is to be told to smile when you’re concentrating or when you don’t feel like smiling. To any man who wants to tell a woman she’d be prettier if she smiled: We don’t care if we’d be prettier. We’ll smile when we feel like it.)

While Peggy initially let those expectations place her in a box, Agnes still tried to call her own shots. But after being rejected by a college because of her gender and finding herself without even enough money to pay for a movie ticket, Agnes began to shrink herself into the mold she saw placed in front of her by a sleazy talent agent. She became a great actress not just on the big screen but in her life—playing the part of a beautiful movie star and political wife while hiding the part of her that was a genius who wanted so much more from life than to just be a pretty face or a first lady. However, even the best actresses can only play one part for so long before it gets stale. And Agnes grew tired of playing the part of Whitney Frost—of forcing herself to stay in the uncomfortable mold she was forced into by her mother, her public image, and her husband. She was powerless for so long that she began to lash out with her new, unlimited power, using it to do the one thing she’s always wanted to do: be whoever she wanted to be—societal norms be damned. However, she was forced to play a part for so long that it made her bitter and angry, and “whoever she wanted to be” turned out to be a murderer.

Agnes is such a great foil for Peggy because both women are trying to carve out their own place in a male-dominated world, but Agnes’s lonely past and unsupportive environment caused her to violently take the power she felt she’d never had in her life. On the other hand, Peggy had at least one person in her life (and more later on) who believed she could be whatever she wanted to be, and that helped her find the confidence to create her own life instead of destroying others’ lives to get what she wanted.

We might not have known Peggy’s brother Michael for long, but he left a huge impression. Michael didn’t try to force Peggy into a mold or shove her down a path. He simply allowed her to see that there wasn’t just one path available to her. He reached out to her truest self—the self we are underneath the self we feel we’re supposed to be—in the way only a sibling can. And he knew that marrying a nice (if boring) guy and settling down for a stereotypically normal life shouldn’t be the only option for a girl who grew up having adventures and saving the day in her dreams.

Peggy was about to go down a path that felt easy, safe, and well-worn. It was a path that she knew would have companionship and comfort, and it was a path that would be acceptable for a woman to follow. Becoming a field agent meant standing out in a world that wants women to want to fit in. It was risky, and it was a path not everyone would respect or appreciate. But it was also the path Peggy had been born to walk since she was a little girl with a pretend sword. And when Michael passed away, it became the path Peggy would walk not just to honor him but to honor her truest self.

It was so important to see a woman like Peggy Carter struggle with defying social norms and expectations for women. Because it reminds us that it’s okay to struggle with the life we want versus the life we feel we’re supposed to want. Then, seeing Peggy ultimately decide to follow her instincts (which she taught us last week) down a new path reminds us that it takes a special kind of courage to become the person you know you’re meant to be instead of the person others are telling you to be. Peggy has that courage, and she’s meant to make us feel like we all have that courage, too.

I think my favorite thing about Peggy’s storyline in this episode was the contrast between the lonely life she thought she’d have as a field agent and the full life she ultimately ended up having because she’s a field agent. Taking that job meant losing Fred, the fiancé who seemed nice enough but didn’t understand that Peggy has the heart of a fighter—a heart that would never be truly happy away from a battle she believed in. And I’m sure there was a part of Peggy—a part that exists in many women who choose to focus on their career over finding a romantic partner—that wondered if she missed her chance at love. However, because Peggy walked her own path and not the path Fred wanted her to walk with him, she discovered the kind of love that only exists when two people see each other’s truest selves—the kind of love she found with Steve Rogers.

After Steve “died,” I’m sure Peggy wondered once again if the path she chose meant she was destined to always walk alone. But this episode clearly showed that Peggy has found another person willing to walk beside her on her own path: Daniel Sousa. I know that Peggy is romantically connected to Dr. Wilkes right now, and Daniel has a girlfriend. But this episode made it incredibly obvious that Daniel is meant to contrast Fred. Daniel simply wants to help Peggy walk her path; he doesn’t want to force her down another road. He wants to be her partner, her teammate. And they do make an incredible team. Daniel doesn’t just see that Peggy has the heart of a fighter; he’s ready to fight alongside her until the end. While Peggy almost married a man who I’m sure would have made a good husband, that’s not what she needs. She needs a fellow fighter, a person whose path aligns with hers. She found that once with Steve, and I think she’s found it again with Daniel.

“Smoke & Mirrors” showed that people can only find true happiness—and true love—if they stop pretending to be someone else, hiding behind smoke and mirrors. While Agnes stood in the shadows for so long that even her truth looks dark now, Peggy lives and loves and fights in the light of her true self and has done so for years. Choosing to follow your own path isn’t always easy, but it’s the only way to find your best and brightest self—and to find the people who will appreciate that best and brightest self, too.

(If this episode reminded you of all the reasons why Peggy Carter is important to you, it’s not too late to write a letter to her for The Fan Mail Project!)